Two closeups of tree bark may turn into weavings at some point - by themselves, or as background for something else. I just loved the textures! 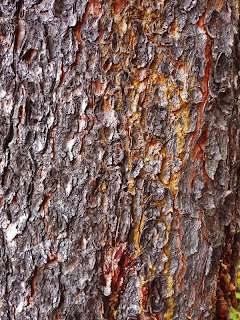 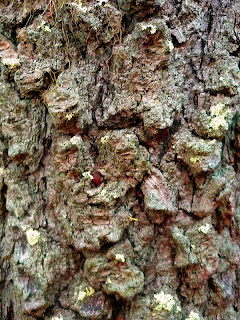 On a walk around the lake, we came upon some relics of long-past summers, enjoying a well-earned retirement. One was a float that had been dragged out of position by moving ice during the spring melt long enough ago that it has become a garden for grasses and moss; the other was our old, many-times-replaced dock. They ended up together in what used to be an outlet for the lake water but became silted up and overgrown with trees and shrubs many years ago. It's a peaceful little backwater now. 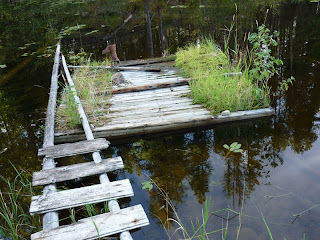 On the last night at the cabin, it rained heavily. Up on the mountain range that marks the western edge of the Bob Marshall Wilderness Area, it was cold enough to turn the rain into snow, and that told us it was time to leave - winter's on the way! 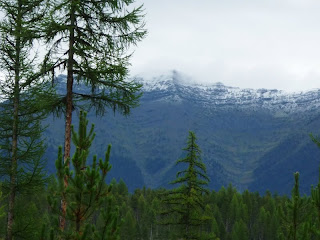