Up in the Air

Quite literally, as it turns out. Yesterday, a friend took us flying in his small plane. It's a Mooney Eagle, fairly recent vintage - I didn't know anybody was still manufacturing small prop planes for personal use any more, but this one is a 1990-something. 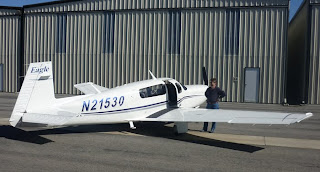 I got to sit in the copilot seat. 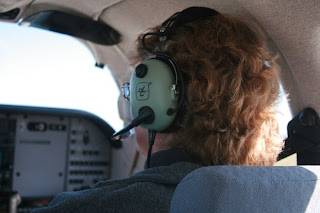 We headed due west from the Paso Robles airport to the seaside town of Cambria. 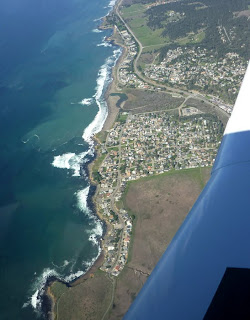 Then headed north to overfly Hearst Castle, situated on a ridge overlooking the Pacific: 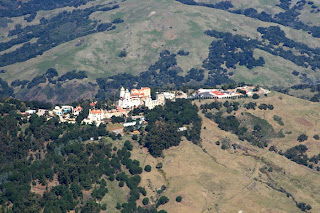 After turning back to the southeast along the coast, we reached Morro Bay, with Morro Rock protecting the entrance to the harbor and estuary. 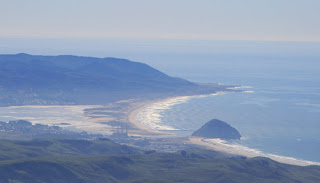 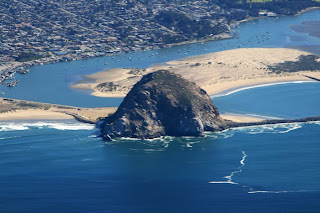 From there, it's a straight shot east to Atascadero, where we swooped over our house (the one on the uphill side of the road, with the newly spread redwood compost on the bank above the road): 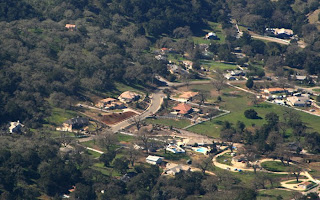 Our house is only some 10 miles south of the Paso Robles airport, but on the way we passed over a lot of the area's vineyards. 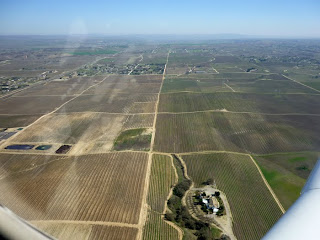 Once we landed back at the Paso Robles airport, DH helped our friend push the plane back into its hangar, and we went back to our daily routine. 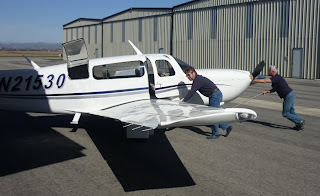 And just how can you go back to your daily routine after a trip like that? Wonderful pictures, particularly the coastline. Lucky you.

Oh, what a wonderful day. I'm a private pilot in addition to weaving. But health concerns have kept me on the ground for a LONG time. Your pictures made it feel like I was there too. Thanks for the ride.

Wonderful trip, Sandra. Reminds me of a small-plane flight I was treated to, completely around Maui, just before I left to move back to the mainland, in 1979.

ladies and gentlemen this HAS been a ride.wooo!