This sequence of photos will give you an idea of the series of transformations that an image goes through on its way to the loom.

First, the original image, taken a couple of years ago of a Cymbidium orchid in my courtyard: 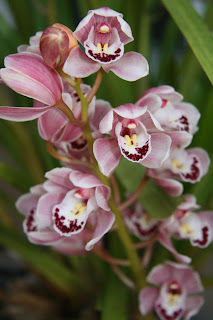 The same image, after some Photoshop filtering and indexing to 11 colors (some green, some fuchsia, some white/grey): 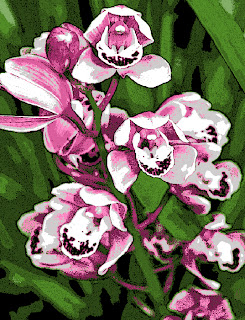 The same image again, after the final Photoshop filter that pixelates the image: 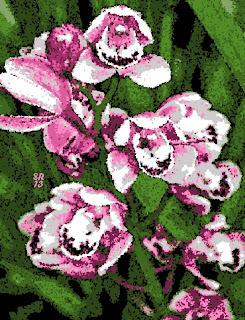 And finally, on the loom, after weaving about 500 picks. I've rotated the image, and am weaving from the left side toward the right side, after a false start that will become part of the left border and hidden behind the canvas stretcher. 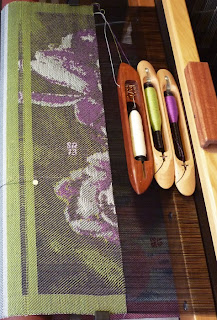 The colors are much more intense than they appear in the photo; the afternoon light in the studio seems to wash out the weaving.

Nice demo of your design process. Looks like you are back up to speed!