This was taken a couple of days ago when the warp of table runners was partly beamed. I wound the outer sections first, since they take more counting than usual, due to changing colors within the sections. Then it was just a case of filling in the center sections with a single color - sage green. 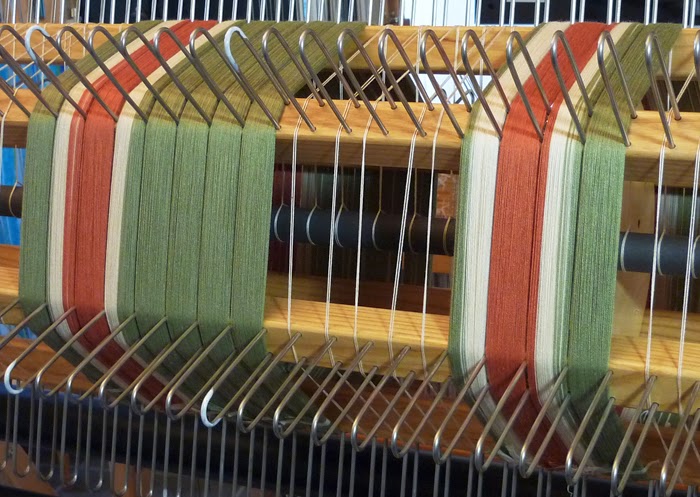 I managed one major blooper, though. When I began to wind the rightmost four sections, I started one section farther right than planned, but didn't notice it until I had two sections beamed. At that point, I wasn't going to unwind two sections, and hope that I could re-beam them without any problems. So because I have plenty of the sage yarn (it's a huge mill cone) I decided to simply add 40 threads-worth of additional design in the middle of the draft. No problem, it's just lots of points - I'll just toss in another one or two!
Posted by Sandra Rude at 3:39 PM

three cheers for the resourceful weaver.

I love those colours. Any extra will be a bonus!