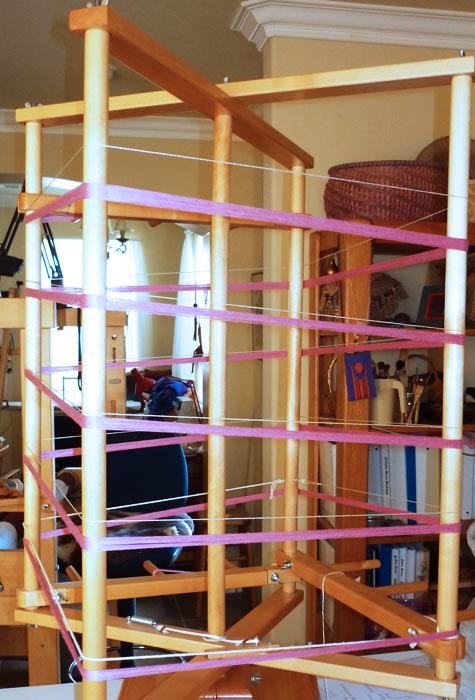 My next project for the dobby loom is another table runner warp. The design has two stripes of painted warp, roughly where the rust stripes were in the last table runners, but 2-inch stripes this time. So I'm winding four tiny 40-thread warp chains, and will paint them all at once as if they were one reasonable-sized chain, then beam them in 1-inch sections on the loom. That's the plan, anyway.

This screenshot is the "tromp as writ" version. Other drafts use different treadlings for very different effects. 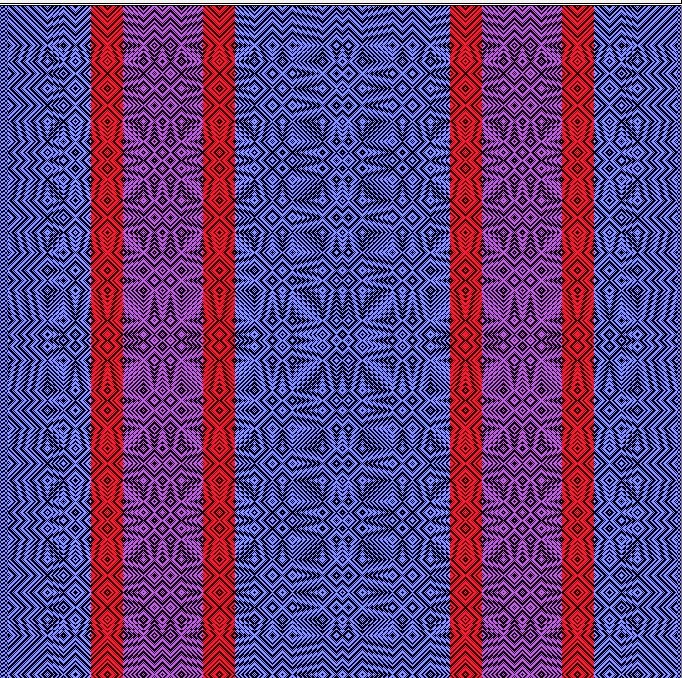 Visualize the purple stripe as the painted sections. The main body and borders of the runner will be royal blue, with narrow fire-engine-red stripes surrounding the painted stripes. I'm using a light pink rayon for the painted stripes, and will mix blue, purple, red, fuchsia, yellow, and orange dyes to paint with. This bubblegum pink is a mill cone, originally close to two pounds, and it has been skeined off and overdyed to all sorts of hues for use on the jacquard loom (orange, rose, violet, brown, you name it). The blue and red are also rayon, on 3-lb mill cones - the "can't possibly use up in this lifetime" size. If Costco sold yarn, these would be the Costco size. As I recall, I paid more for shipping than for the yarn...

exciting colors.
waiting for my 400gr of wool stainless i'll never use this in my lifetime size.oh well.