A Day at the Fair

The California Mid State Fair opened in Paso Robles yesterday, and since the weather was predicted to stay cool (for this area in July) we decided today was our day to visit.

The first stop was the buildings where the fair entries are judged and exhibited. DH came away with a good haul of ribbons, including a blue ribbon for one of his maple burl platters: 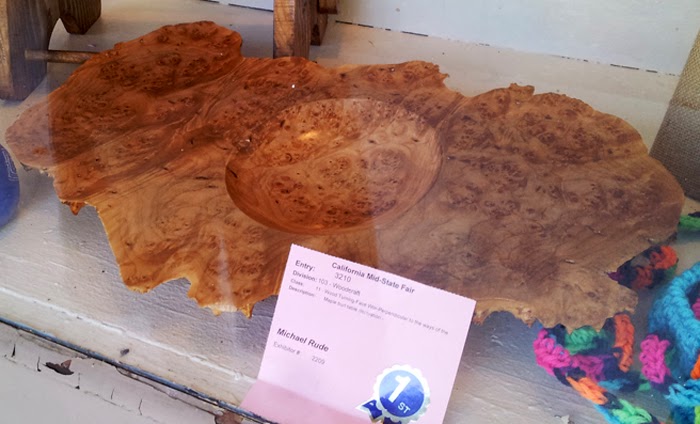 Plus a 2nd place for a pepper mill (seen here with a pepper mill made by a friend from his woodturning club - size matters, apparently): 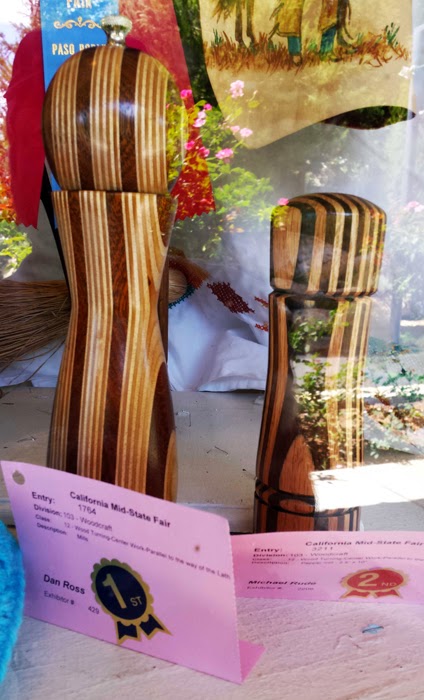 The woodturnings were all displayed behind glass, in windows facing outdoors, so the reflections can't be helped. And he got a 3rd place for one of his rolling pins:

I got a blue ribbon for one of my jacquard woven pieces: 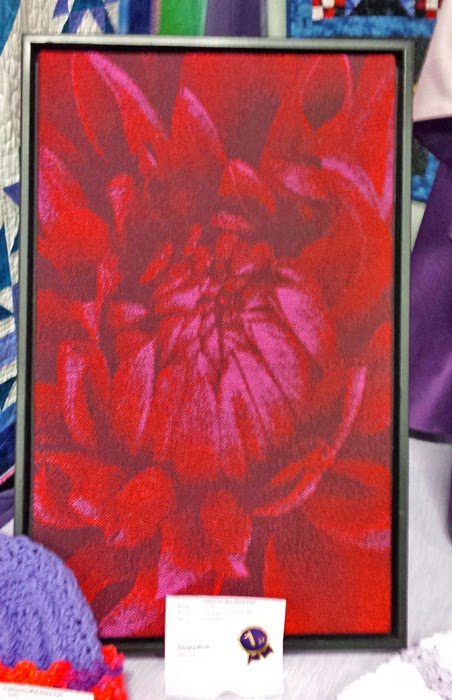 In the afternoon, we attended our favorite event of all that the Fair has to offer: Mutton Busting. This event is limited to kids aged 4 to 7 (or a maximum of 60 pounds in weight), who all wear protective gear including a sturdy helmet. The sheep usually win. This is a typical outcome: 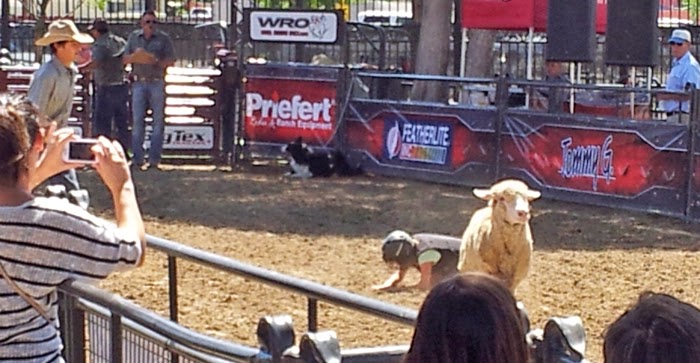 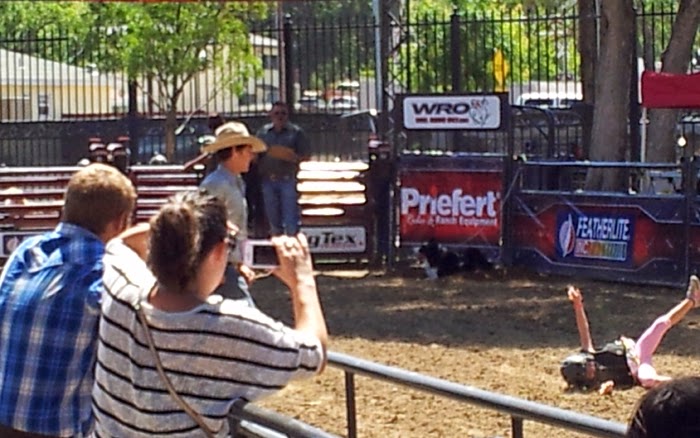 In this case, the child managed to take down the sheep, but still lost - you have to stay onboard for six seconds, just like a bronco- or bull-riding event: 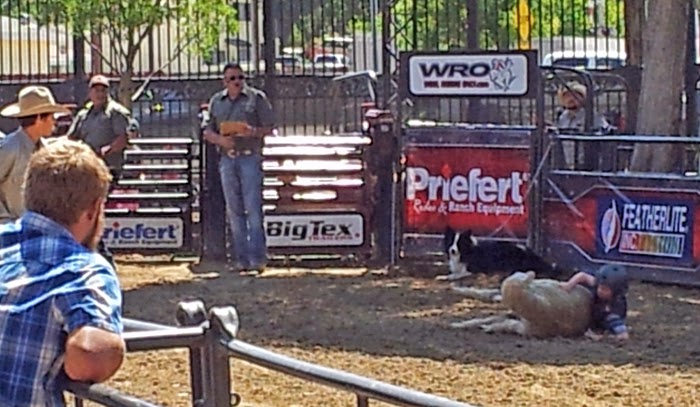 Of the whole lot, only this little girl and one other were able to ride the whole six seconds: 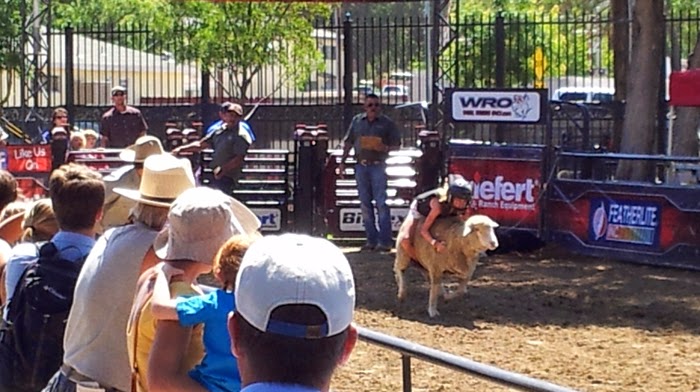 This sheep ran straight into the wall at the far end of the pen - a good thing the wall is padded there (it must happen frequently). Throughout the entire contest, there were no tears or tantrums (except by the sheep) and several kids took more than one ride, determined to master the sport. A few kids declined to ride at the last minute, and the crowd cheered for them anyway - it's a wise child who is brave enough to say "No, I don't think I want to do that after all" in public.

Everyone except the sheep had a good time, win or lose.
Posted by Sandra Rude at 6:20 PM

Congrats to you both!

great day. congrats for the ribbons

Hooray for the ribbon winners. Quite a team there. Bad day for the sheep.

I've never heard of mutton busting, and I'm sure it's not something I'd like to try, but I bet my son would have in his young days!