The oil-n-lube project, that is. All 12 modules are back in their places in the loom. There are still power and comm cables to reconnect, and a bunch of loom parts that had to be de-installed and now need to be re-installed. Every time DH bumped his head or his knees on something and asked "Can we get this [name-that-part] out of the way?" we did so in an effort to make the process easier. It means a lot of "putting stuff back" but that's better than smacking the head or other extremities on hard loom parts. Especially since DH is on blood thinners because of the heart attack, so any small bump results in a lot more bleeding than it ordinarily would. 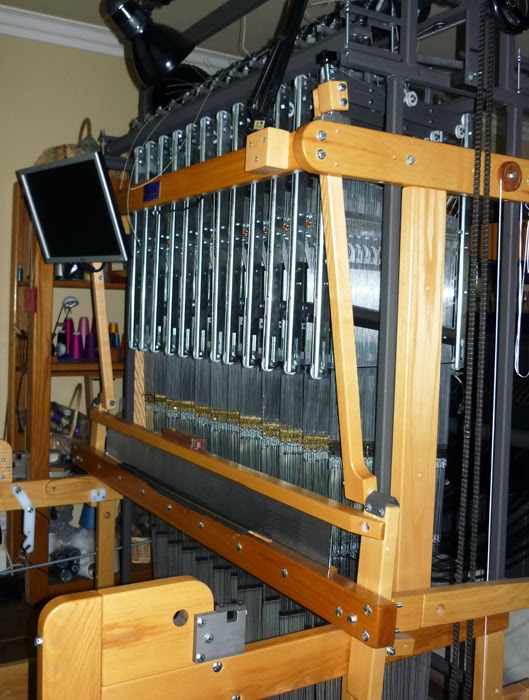 The threading of the table runner warp on the dobby loom is at the halfway mark, so I should be able to finish tomorrow. Open Studios is coming up this next weekend, October 11-12, and I want to have both looms up and running for the visitors!
Posted by Sandra Rude at 6:26 PM

as said before, that man is a saint