Today, it was a long-enough session to finish weaving the third runner on the current warp, including its hem and a few shots of waste yarn. The waste yarn serves both to mark the cutting line between runners and to tie down the ends that had to be replaced over the course of the runner because of knots in the warp ends. The film canisters are counterweights to hold the original ends that have been swapped back in until I've woven enough that the cloth itself has captured them with no danger of slippage. 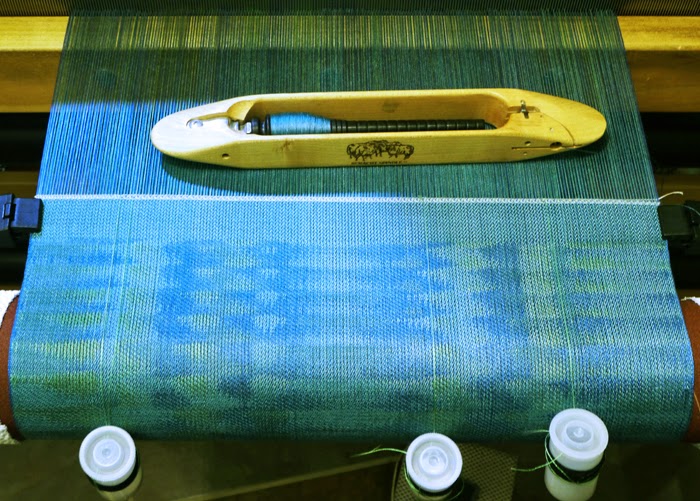 And here's a look at the cloth as it winds onto the cloth storage beam at the back of the loom: 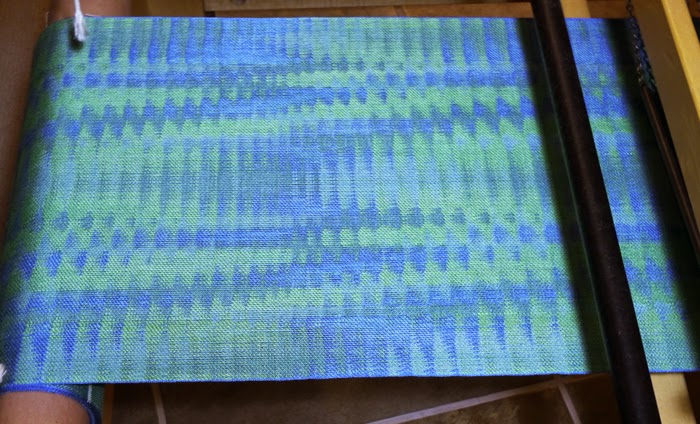 Tomorrow, I'll choose a weft yarn for the fourth and final runner on the warp. I've got a deep blue-green, a little darker than the blue in the weft, or a pale yellow-green. Both are 20/2 Tencel, like the warp, whereas the first three runners had 30/2 Tencel wefts.

good to hear you can weave w/out hurting.

Save those film canisters! They are going the way of the dodo bird. Such useful equipment in the studio too!