Most of the towels are different designs, but the difference between them is invisible except at close range, I'm only going to show a few of my favorites. The first one has a narrow stripe near each end using a light green weft, and the second has a wide stripe of the same weft at one end only, with the twill direction changing in the middle of the stripe. The third has 2/2 basketweave in the narrowest colord stripes, and twill elsewhere. The fourth is broken twill throughout (on the rest, only the hems are broken twill). 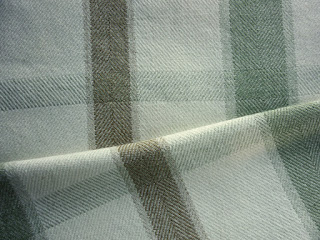 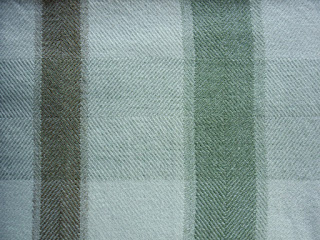 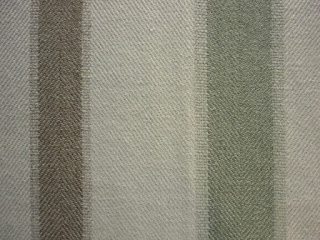 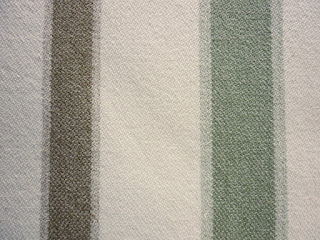 Of the 10 towels that came off the loom, two are already sold, to a neighbor who attended Cal Poly and was a classmate of Sally Fox who developed the colored cotton. He really admires both the scientific rigor with which she tested the various crosses during the development phase, and her pursuing colored cotton farming in the face of strong resistance from the farmers in California who grew white cotton and feared (unfounded) that her cotton would contaminate their crop.
The other project I've been working on for the Central Coast Weavers annual sale the first weekend in November is small bags made from jacquard fabric that was not successful as wall hangings but perfectly good cloth otherwise. Photos to come...maybe tomorrow.

So many values for 'finished'. I've been hemming tonight - first show this weekend. Looking forward to the last sale and then some 'down' time...