The third cymbidium orchid has opened: 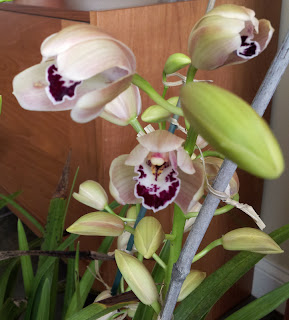 And the jacquard loom is now empty again. I think I'll put a warp on the dobby loom first, then wait for an inspiration for the next jacquard project. 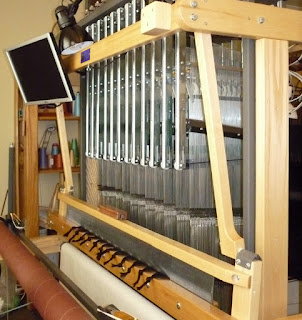 The annual project for Designing Weavers needs some thought; the theme this year is "Opposites" which leaves all sorts of room for wildly differing interpretations. the project isn't due until March or April, so I've got some time to cogitate. That's good, as I haven't even decided which loom to use, or how to interpret the theme on the loom I choose.
Posted by Sandra Rude at 12:13 PM

a beauty and a naked beauty