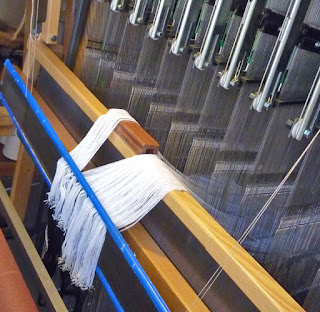 The next step is to pull 3 threads from the leftmost dent of the 15-dent reed, and resley them in the 10-dent reed. This is going fairly quickly - it took only a few minutes to resley an inch of warp. 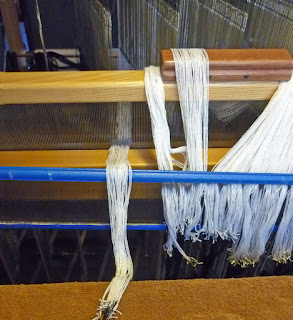 And so it goes... I expect the weaving will proceed much more quickly than the preparations!
Posted by Sandra Rude at 1:18 PM

I'm glad someone else does these acrobatic feats. Take care of your shoulders while transferring from one reed to another.