Red Skies Over the Sierra Nevada

The drive to the cabin was long, and a little depressing. As we crossed Donner Pass (Interstate 80) the skies became more and more obscured by smoke from the Yosemite fires. As we passed through Reno at 4 pm, it seemed like twilight. You could look straight at the sun, which was just a dull orange blob, without worrying about damage to the eyes.

As we went north into Idaho, the smoke from the Sun Valley fires was playing havoc with the weather. The particulates in the smoke are 'seeding' the clouds, and the resulting downpour of rain made driving tricky - every low spot was a lake, causing cars going too fast to hydroplane uncontrollably.

It's another bad fire season in the Western states. Thankfully, the fires here in Montana are far enough away that although there's some high haze, at lake level you can't smell smoke. We've had several rainstorms, so everything is damp enough to minimize any fire danger nearby.

For the week we've been here I've done nothing but rest, sit by the lake reading (I've plowed through 4 books) and watching the loons. The resident pair has raised 2 chicks again this year, and again it's time for the youngsters to learn to fly, which provides a lot of comic relief. They flap like mad from one end of the lake to the other, dragging their toes on the water. After a rest, they try again. And again.

My brother, whose cabin this is, loves remotes controlled toys. He's got an airplane and a sailboat. The loons dislike the boat (it's encroaching on their territory) but don't seem to mind the plane - apparently they know it isn't some kind of predator.

We'll stay until after Labor Day, then head home. 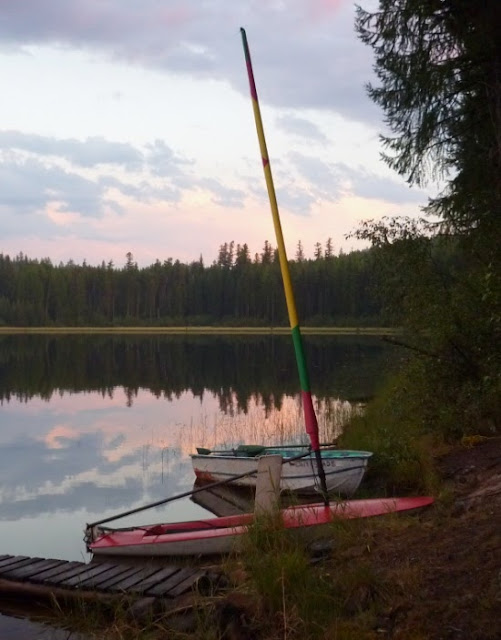 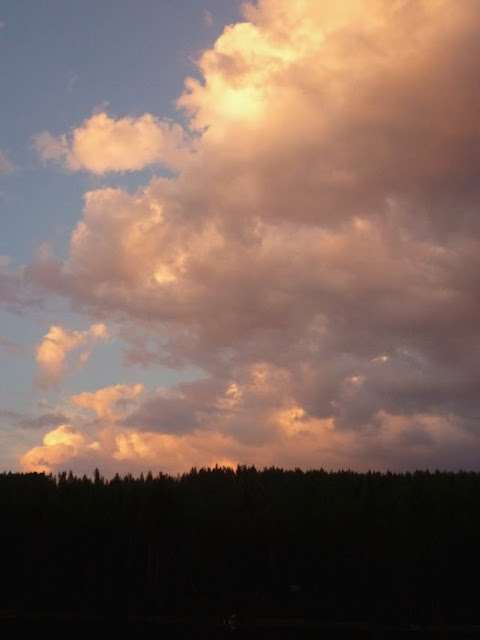 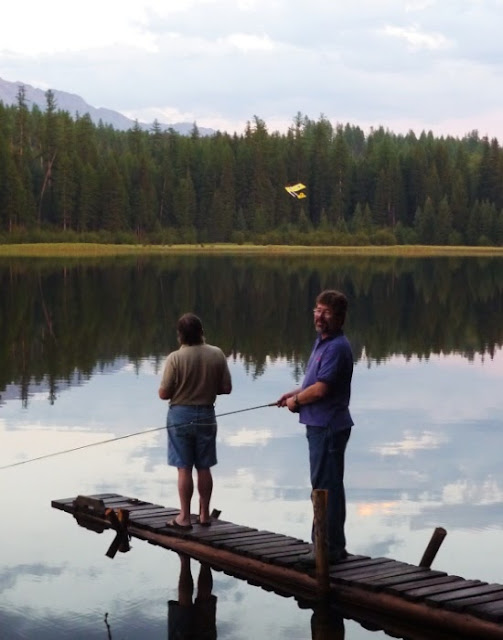 I have turned to civilisation and am catching up with your blog. You seem to be completely back to normal which is very pleasing. Keep it up! Pat Foster