Today, a group of weavers and spinners from the Central Coast Weavers Guild went on a field trip to Hollyhock Hollow, the source of the luscious Pygora yarn I used in the recent silk/Pygora scarves.

These two photos will give you an idea of the range of naturally-occurring colors in these goats. 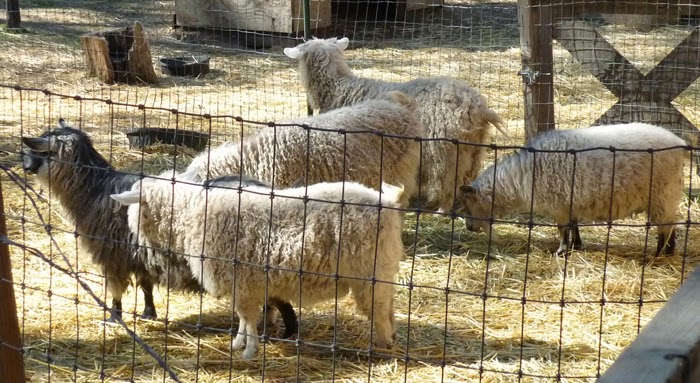 The goats are a registered cross between Angora goats and Pygmy goats. They can be anywhere from white through off-white and beige to light or dark brown and grey. The fiber also has a lot of variation: a Type A fleece is similar in length and micron count to Angora (mohair); Type C is similar to cashmere. Type B is between those two - the goat has a double coat, of which only the undercoat is used, but it's a tiny bit coarser and quite a lot longer than cashmere. 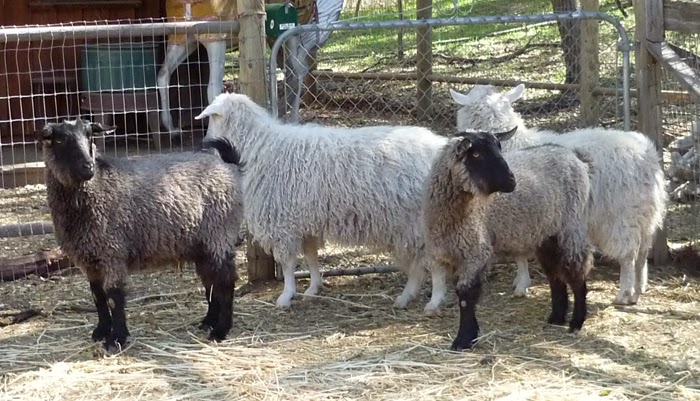 The animals above are adults. The real reason we were there was to meet the new kids. Four little bucks, only 1 month old. They stand about 12 inches high (although they bounce a lot higher than that!) and weigh maybe 15 pounds. The two larger goats in the pen below are the mothers. One is dark grey, almost black, the other is a very light grey (although that might just be dirt). One of the kids (on the left below, on top of the crate) looks like he'll have a light reddish fleece, the others will have white fleece. 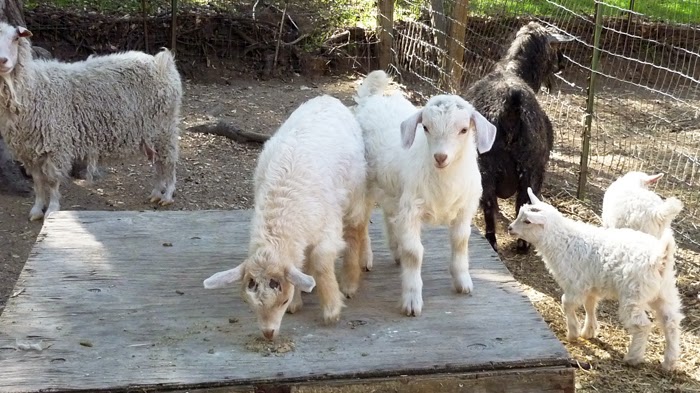 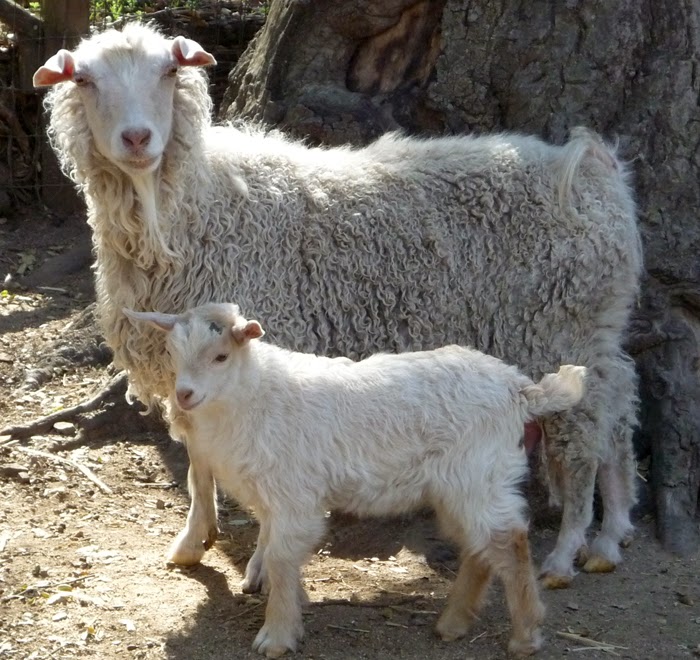 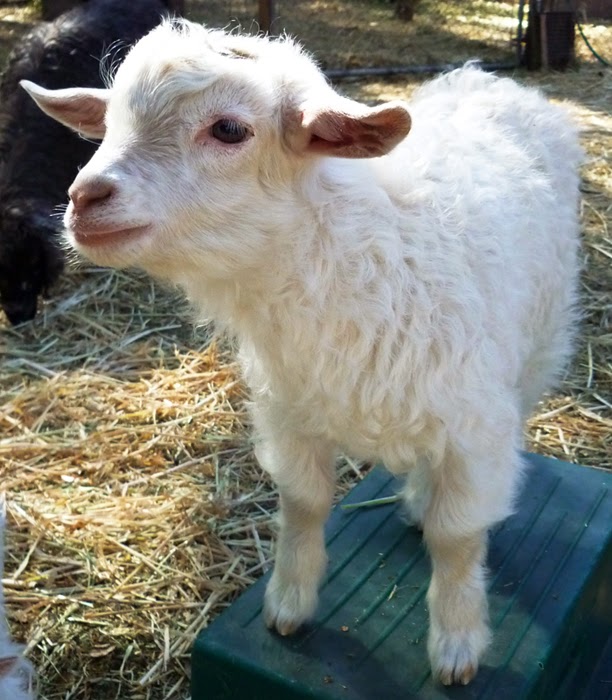 Who could resist that face? After the flock got used to having a crowd of strangers in their pen, and realized that carrots and petting were available, they got less shy and eventually the babies were climbing up on lumber and boxes to get closer. "Pet me, pet me, scratch my ears!"
Posted by Sandra Rude at 3:10 PM