As you can see in the photo below, I've made some drastic changes from my first guess at the yarn colors for this project. 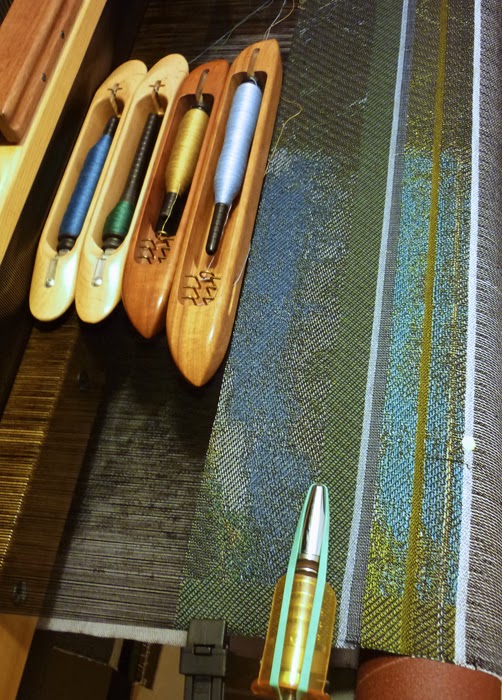 I've swapped light blue for what was white in the first sample (just to the left of the rightmost white strip), golden tan for beige, forest green for a bright yellowish green, and deep blue for the turquoise.

Think dusk, with cloudy sky reflected in a stream, late-summer golden meadow grasses, and a line of trees in the distance...

The first sample wasn't packing in tight enough; the second (separated from the first by a yellow-green strip) was beating in correctly, but the colors were too vivid. Let's hope the yarn gods are with me for the rest of the way.
Posted by Sandra Rude at 7:08 PM

Interesting how the tan was so aggressive. Who'd a thought.