By quitting time yesterday, I'd woven just over one repeat. It's going quickly, even at 40 ppi. This was taken at a point when the hem area (which is woven in broken 2/2 twill) had just rolled down under the sandpaper beam. 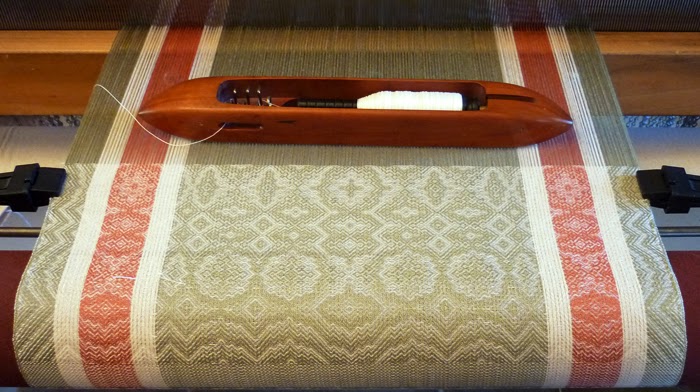 It's difficult to see the pattern in the white stripes unless you get right down to shuttle level, from which point of view the reed marks look like major crevasses. 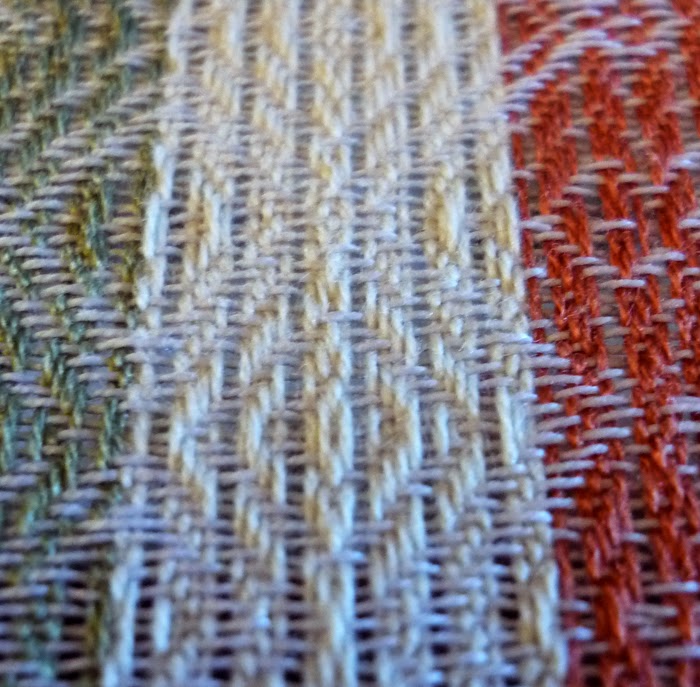 Oh, well, I'm certain that the wet finishing processes will take care of the reed marks.
Posted by Sandra Rude at 11:00 AM

Wow, that's beautiful! It reminds me of Bargello needlepoint.