I'm sure we would have tackled the oil-and-lube project even if we had known in advance how much work was involved, since if we'd asked AVL to come do it for us it would have cost a bundle. As it was, they didn't respond to calls or emails asking for advice as to how to proceed, so we're on our own. My loom has had more usage than any of the others out there in the world, so we're the first to have gotten to the point where serious maintenance was really a requirement.

This may give you an idea what we're dealing with. The closeup shows the slider area on one module, with smears of black goop up the inside of the channel and the ball bearings coated liberally with the same blackened goopy lubricant. 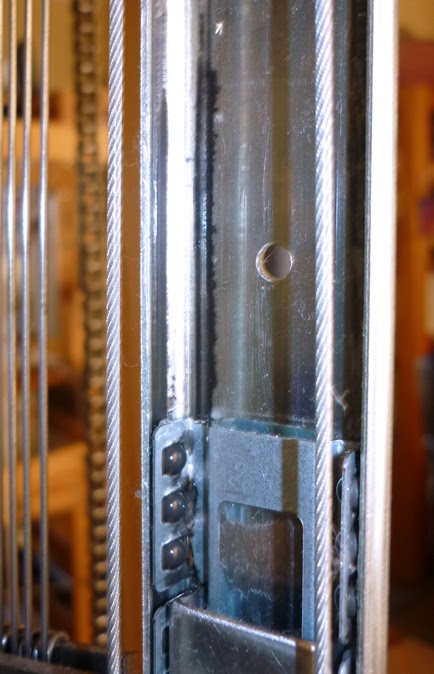 Luckily for us, Costco sells *giant* packages of cotton swabs, because DH is going through them at a rate of at least 50 per module. 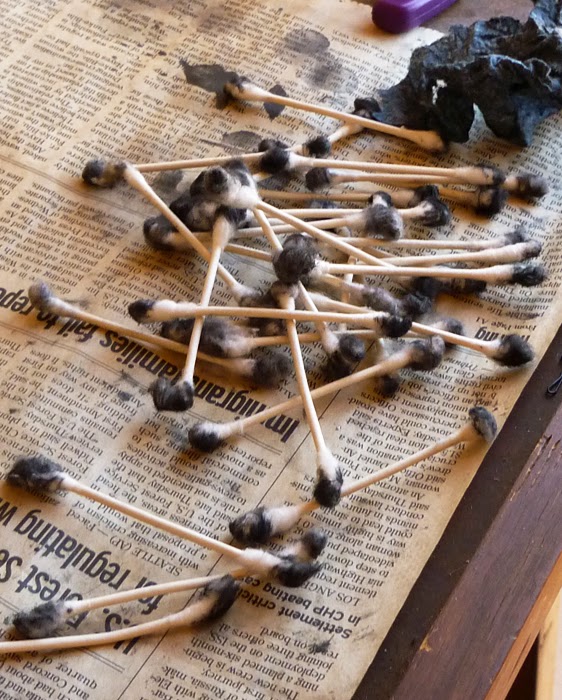 Here's where we were this afternoon, with 6 modules cleaned and returned to their proper places in the loom, 5 out in various stages of treatment, and 1 still in place. 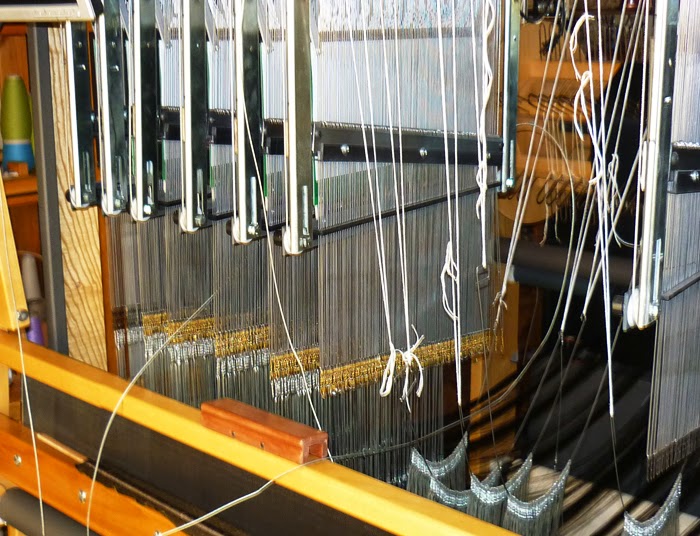 In the moments between jacquard maintenance tasks, I'm beaming the next table runner warp on the dobby loom: 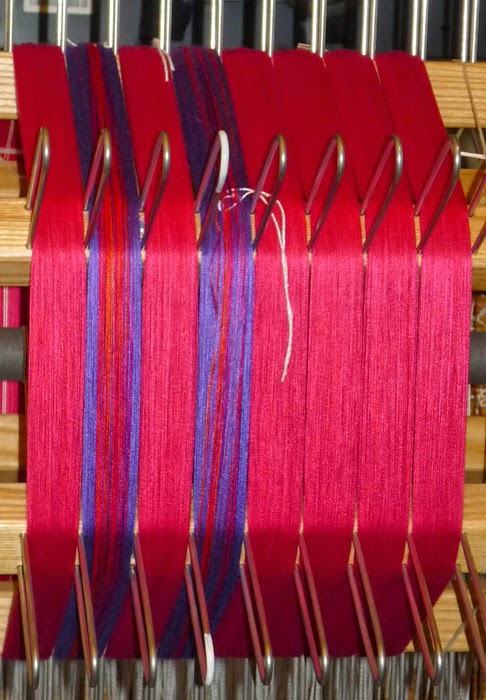 Maintenance - a pain in the patootie, but absolutely necessary. Hope you can get back up and weaving soon. At least you have the other loom. :)
cheers,
Laura

Wow: goop-a-rama! Funny how cleaning looms is not as bad as any other kind of cleaning, though...