Arles was a major outpost during the Roman Empire, and there are still lots of Roman artifacts in the older part of the city today. There's a coliseum, which is still used for bullfights, concerts, and other events. 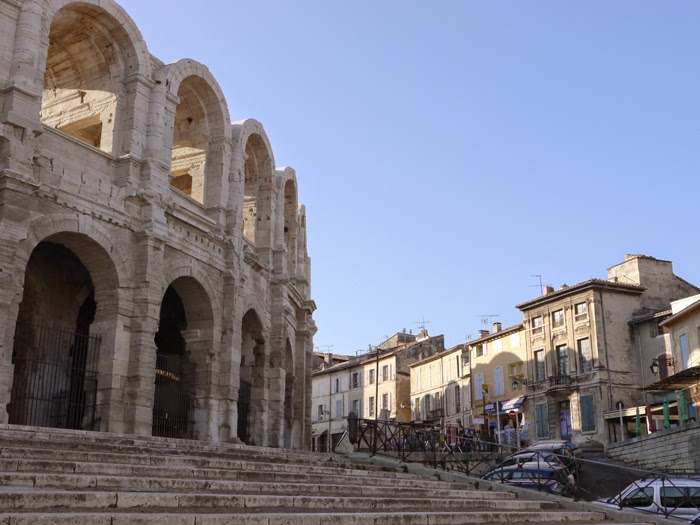 There's a theater, or the remains of one, no longer in use. 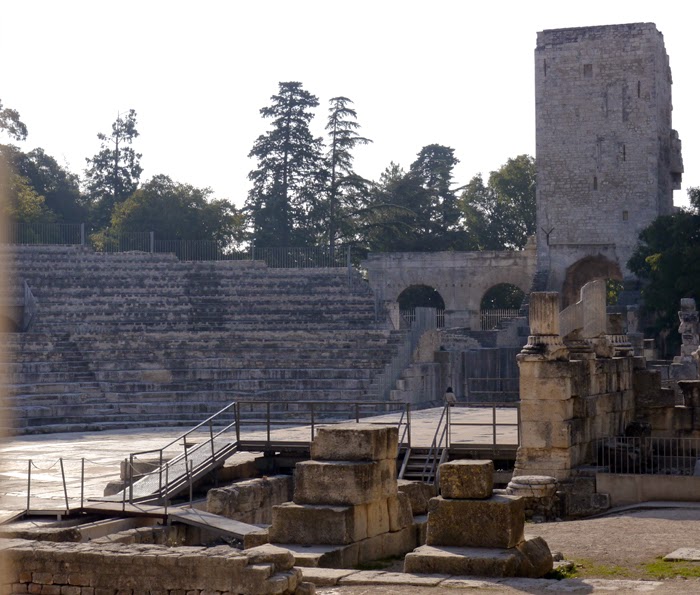 There is a slice of the original forum, now surrounded by slightly more modern buildings. 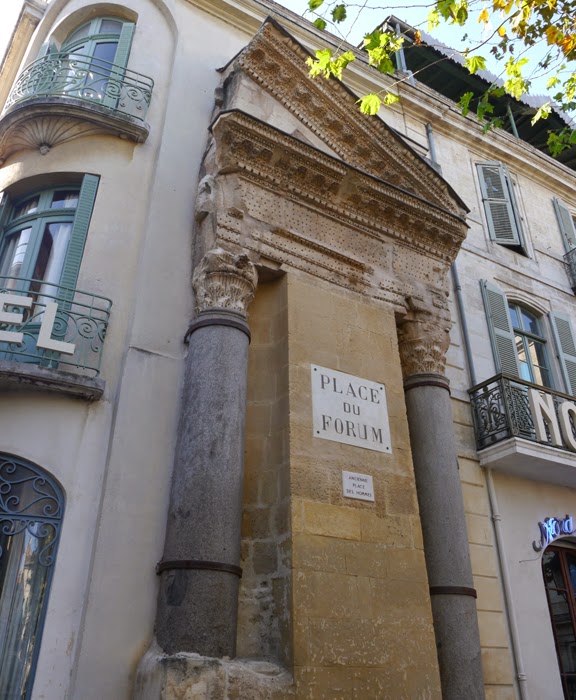 In the main square, there's an obelisk, one of whose lions has an interesting decoration. 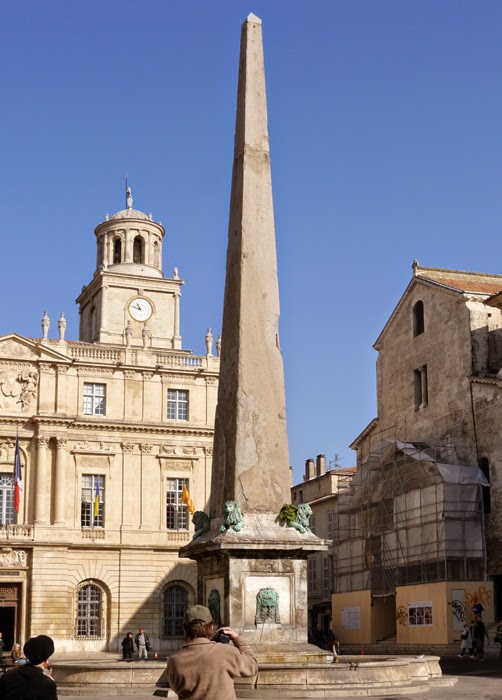 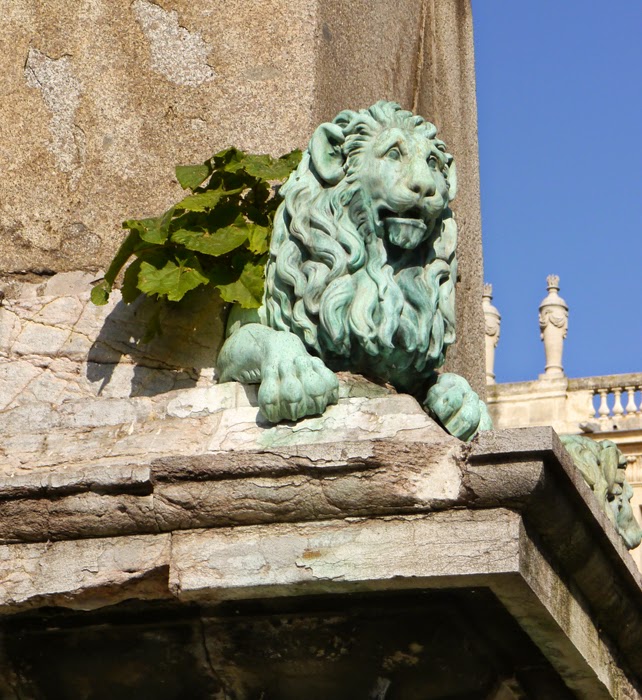 Inside the city hall (the building beyond the obelisk) there's a statue of Venus, whose arms are all intact, unlike the lady in the Louvre. 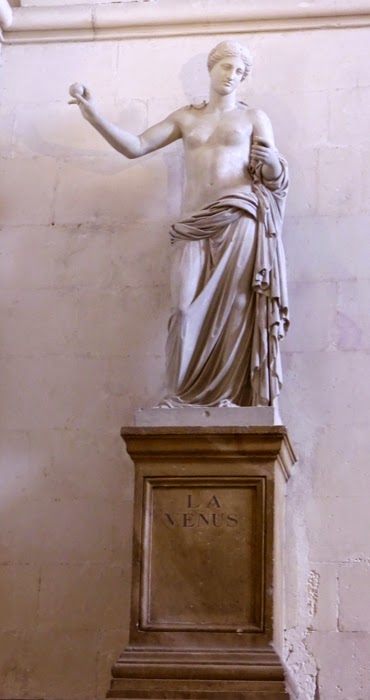 Nearby is a museum complex, formerly the hospital where Van Gogh (probably drunk on absinthe) was treated after he cut off part of his own ear. 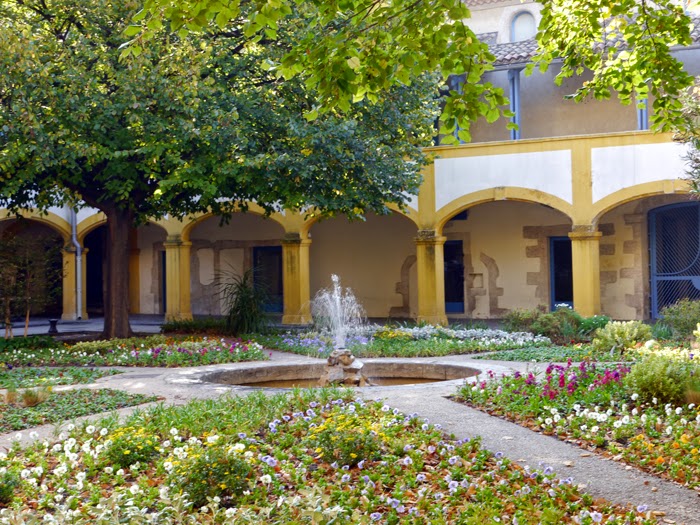 And all over the old city, the narrow streets offer peeks of buildings with baroque details. 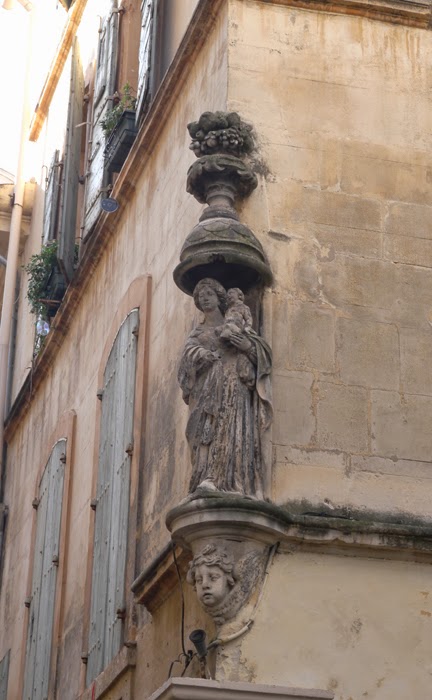 All in all, a fascinating city with a rich history, worth a much longer stay than just one day!
Posted by Sandra Rude at 2:00 PM

Lovely, lovely, lovely. I so want to go. I got quite a different impression from what I read about the city in all of VG biographies.