Speaking of bull fights, on a side trip west of Arles we visited a farm in the Camargue that raises bulls for the bull ring. They have cowboys, and cowgirls (the leftmost rider and the one in the center are ladies). We were told that the horses, which are born dark grey and gradually turn white or light dappled grey over a period of 4 or 5 years, are descended from an ancient breed. 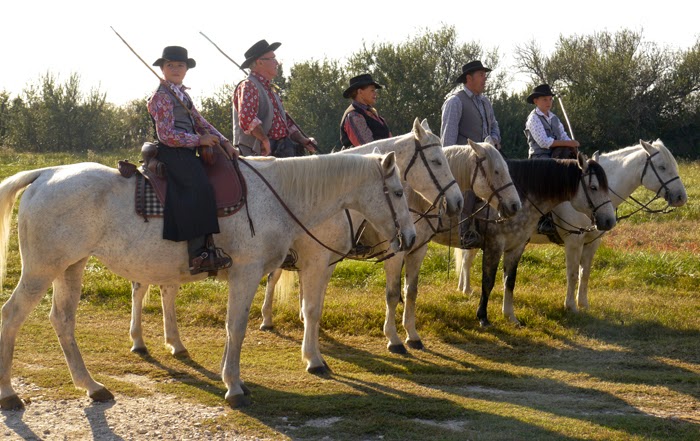 The bulls, also, are an ancient breed (see the Wikipedia listing for more information). They look remarkably like the bulls drawn on the walls of Lascaux cave, and the owner said he thinks that's because their ancestors were the native cattle that ranged over southwestern France thousands of years ago. 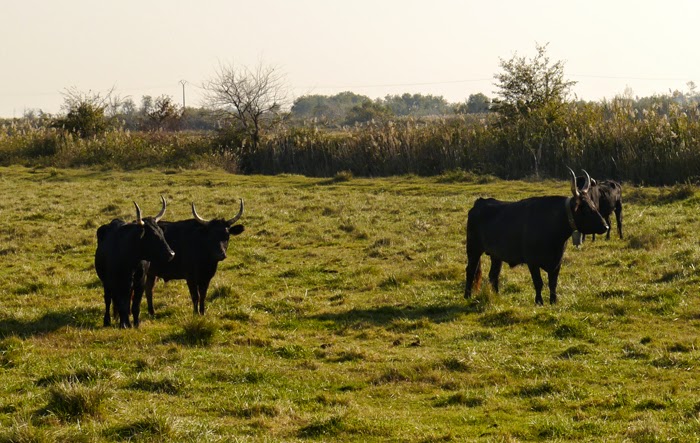 These bulls are bred for intelligence and aggression. Mind you, in French bullfights, no bull is killed. There are no bullfighters with swords and capes. Instead, the bull is decorated with ribbons on each horn and a tassel on the top of his head. Then 10 men wearing white (all the better to show the bloodstains) enter the ring with the bull and take turns trying to snag the ribbons or the tassel off the bull using a small hand tool like a miniature rake. There are prizes for anybody who succeeds in grabbing one. In fact, the bull almost always wins. Or lands in the laps of the spectators; these critters jump like gazelles! 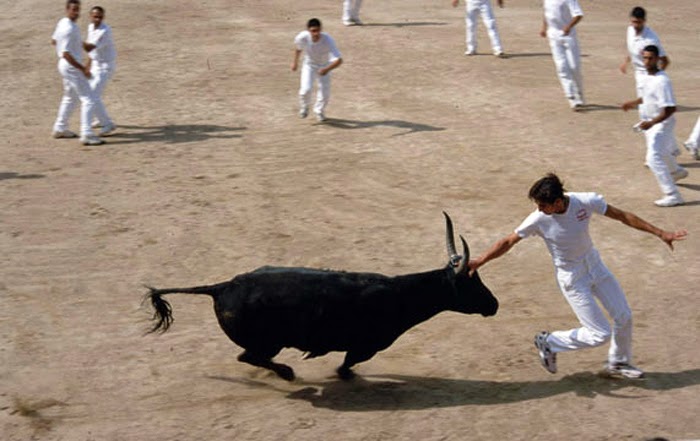 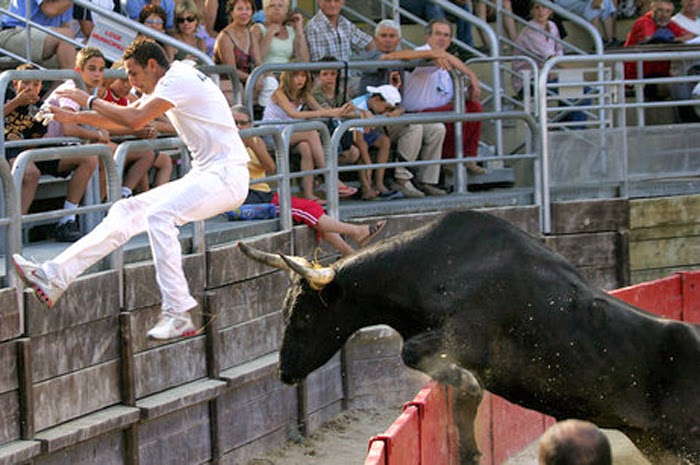 The bull breeder showed videos of one of his prize bulls in action. The bull runners are clearly insane. The breeder says every year there are visitors who come to the farm just to visit the grave of his all-time champion bull, who was honorably buried after living to a ripe old age more than 20 years ago. That's a true fan, to visit the grave of a long-dead hero.

And speaking of heroes, during the bus ride from Arles to Nice, our last stop before flying home, we went to the Rhone American Cemetery in the town of Draguignan, where WWII soldiers who died during Operation Dragoon in August, 1944, are buried. A lovely cemetery, beautifully maintained. The ex-Master Sergeant who is now the manager of the cemetery was a very effective host, telling us stories about some of the men buried there (Audie Murphy's best friend, for example) and about the efforts to use DNA testing to identify the many "unknown" hero's remains. It was as moving as our last visit to the Punch Bowl in Honolulu, where my father is buried. 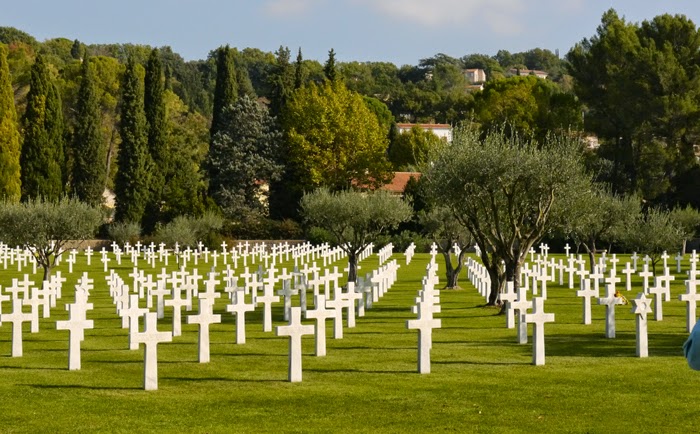 the cowboy and gypsy shirts! the women's skirts!

Do they still cut off the ear as a prize? Do the fighters get injured or killed??