We're back home now, after a very hectic few days in Southern France (about which more later) and I've had the pleasure of dealing with a handful of political campaign calls, plus one earnest young man with a Bangalore accent who claimed to be calling from Microsoft Windows to fix a problem on my computer. I'm afraid I was not very nice to him - explained that there's no corporation named Windows, and that the software he wanted me to download was only going to turn my computer into a tame zombie sending garbage to everyone in my address book, and would he please go to hell.

On a friendlier note, here's a bit more about the France trip, and I'll try to post a few more tidbits over the next couple of days.

The Rhone river has a lot of locks along its length. Going through the locks is a lot of fun to watch. First, we pull into a lock, where we can see a red light (which means the same as a red light on a road, i.e., Stop). After the gate behind the boat closes, an operator lets the water drain out of the lock until the level is at the same height as the next stretch of river. It's just like letting water out of a bathtub. Then the gate in front of the boat slowly opens, after which the light changes to green and we make our way out of the lock. Usually, there's an upstream-bound boat waiting to use the lock after we are clear of the gate. 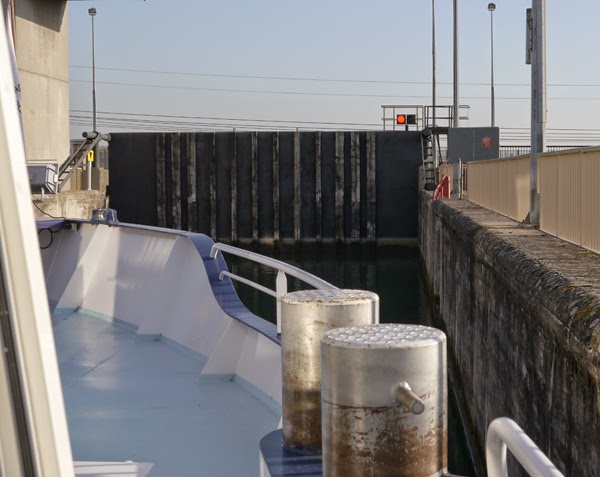 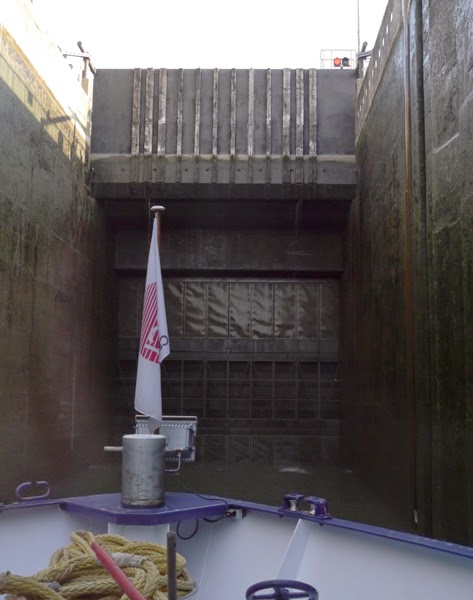 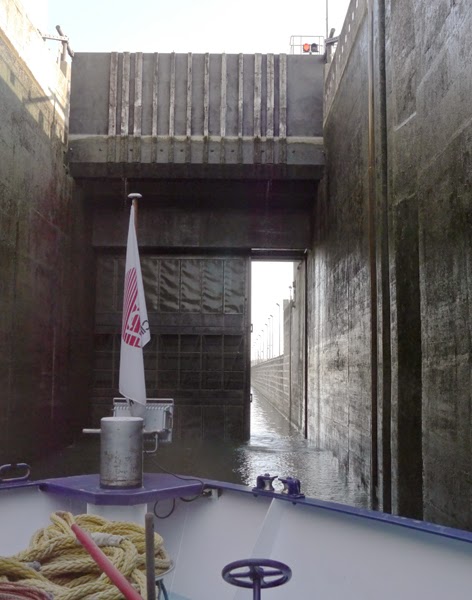 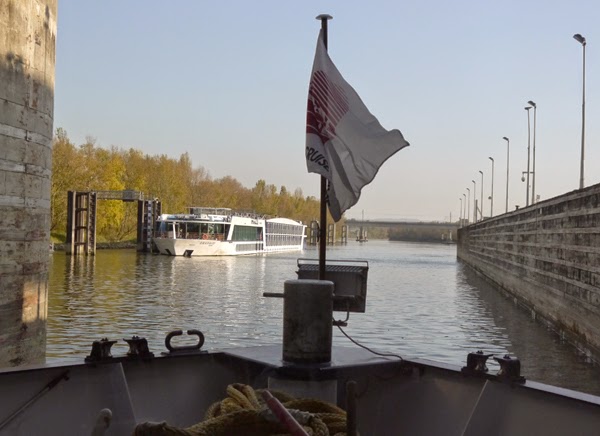 After a few of these locks, though, the passengers tend to get fidgety, so there's always something else to do. For example, our French chef, David, gave a cooking lesson: how to make Crepes Suzette. Because of maritime safety regulations, he couldn't do the flambe version, but except for that the process was identical to the restaurant dish. We had wonderful food the whole voyage, and it was all prepared (for passengers as well as crew) in a galley no bigger than my own kitchen at home, although there were 4 refrigerators, not just 1. 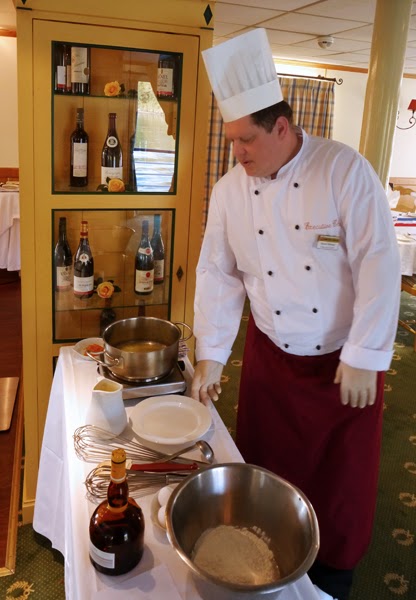 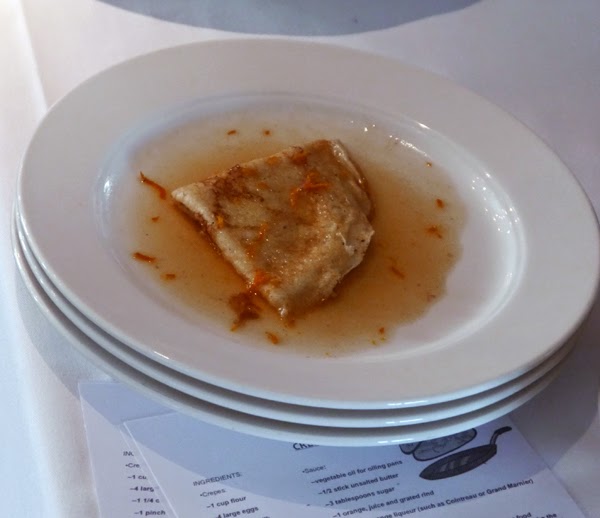 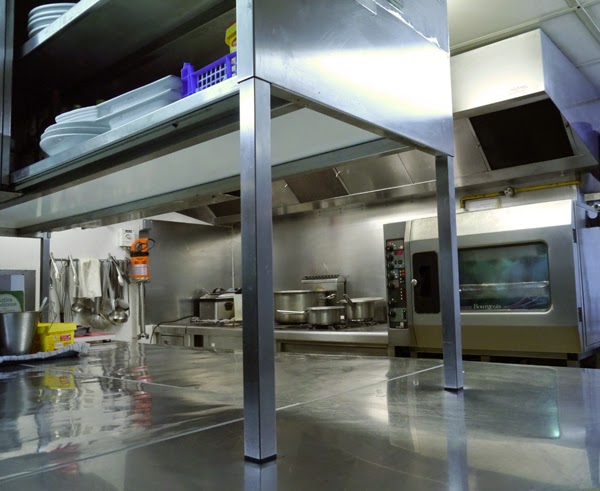 The row of refrigerators is out of sight to the right, a microwave at the far left end of the work-surface, a dishwashing station beyond that, and shelves and cupboards along the wall behind me. And this is where all meals for 48 passengers and 15 crew members are prepared. What an impressive feat!
Posted by Sandra Rude at 3:57 PM

Love your response to the guy from Bangalore -- I never let them get that far into the convo before I hang up.
Looks like your trip to France was out of this world. Welcome home!

What a luxurious trip! Fantastic.