Back on the Air

And back in the studio, after the KPFA show and the holiday break.

The KPFA show attracted a record number of attendees, and sales were good. Next year, the show will be on the same weekend - immediately before Christmas. Which makes it very difficult to get both show preparations and holiday preparations done in time. We found that we were very tired at Christmas, and were glad to have a relaxed, slow-paced holiday.

In the studio, I've got the interleaved table runner warp almost threaded - only 2 sections to go, which I'll finish tomorrow, then the sleying and tying on. 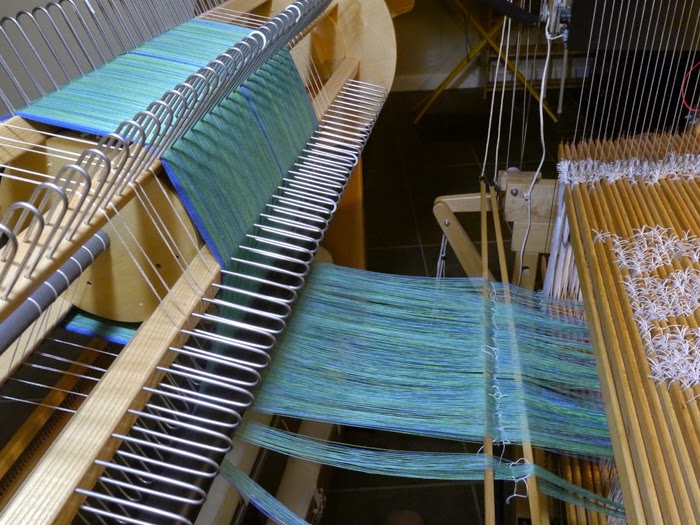 I also got the weft skeins wound onto cones. I still need to dye another color, but haven't decided between a pale green and a navy. I've already got two dark(ish) weft colors, so it'll probably be another light one. The one on the left is a very dark blue-green, and the one on the right a dark forest green. 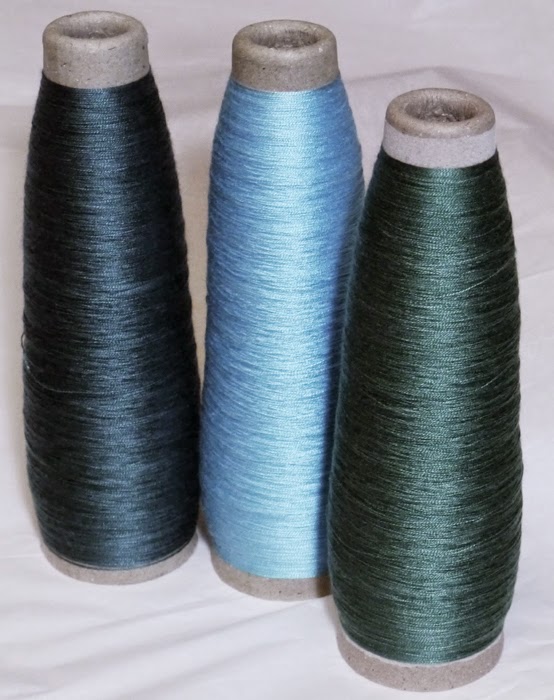 Nice colours. Wishing you and yours a happy new year.
Cheers
Laura