I took some photos during the show, and had the best possible intentions of posting some of them, but the rush of the show followed immediately by Christmas intervened. So here they are.

The Craneway Pavilion, the new venue for the KPFA Crafts Fair, is a revamped former Ford assembly plant, located on the end of the peninsula that forms one side of the Richmond Harbor. The wall facing the San Francisco Bay is all glass, and offers stunning views (from left to right) of Treasure Island, the Bay Bridge, the San Francisco skyline, Alcatraz, and Angel Island. Too much to get in one shot! However, here are two photos that show parts of that view, complete with very atmospheric San Francisco fog. In both shots, the darkest horizontal line is the jetty along one edge of the entrance to the Richmond Harbor. There was lots of sailboat activity during the weekend, with most of the boats passing right next to the walkway outside the venue - we could easily have conversed with the crews as they passed by.

The second photo, especially, deserves to be biggified - click the thumbnail to see the full size version, which includes both Alcatraz and Angel Island on the far right. 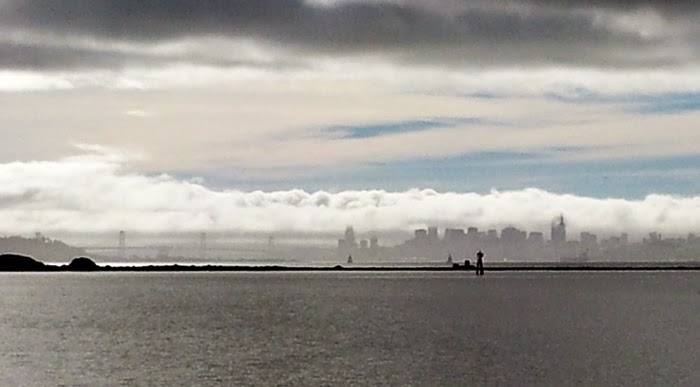 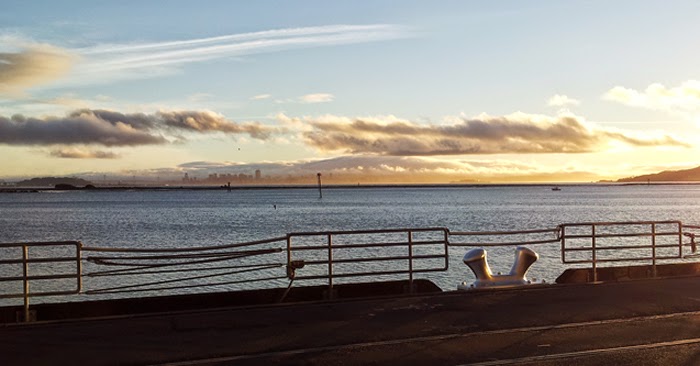