DH and I have been working on a collaborative project. The International Tech-Style Art Biennial is coming up in the summer at the San Jose Museum of Quilts and Textiles, so we thought we'd try to create an interactive textile. It's a wall hanging that reacts to the audience: if it detects that someone is standing or passing in front of the piece, the action begins. If that person gets too close, the action stops and waits for the person to back away to an acceptable distance before resuming. 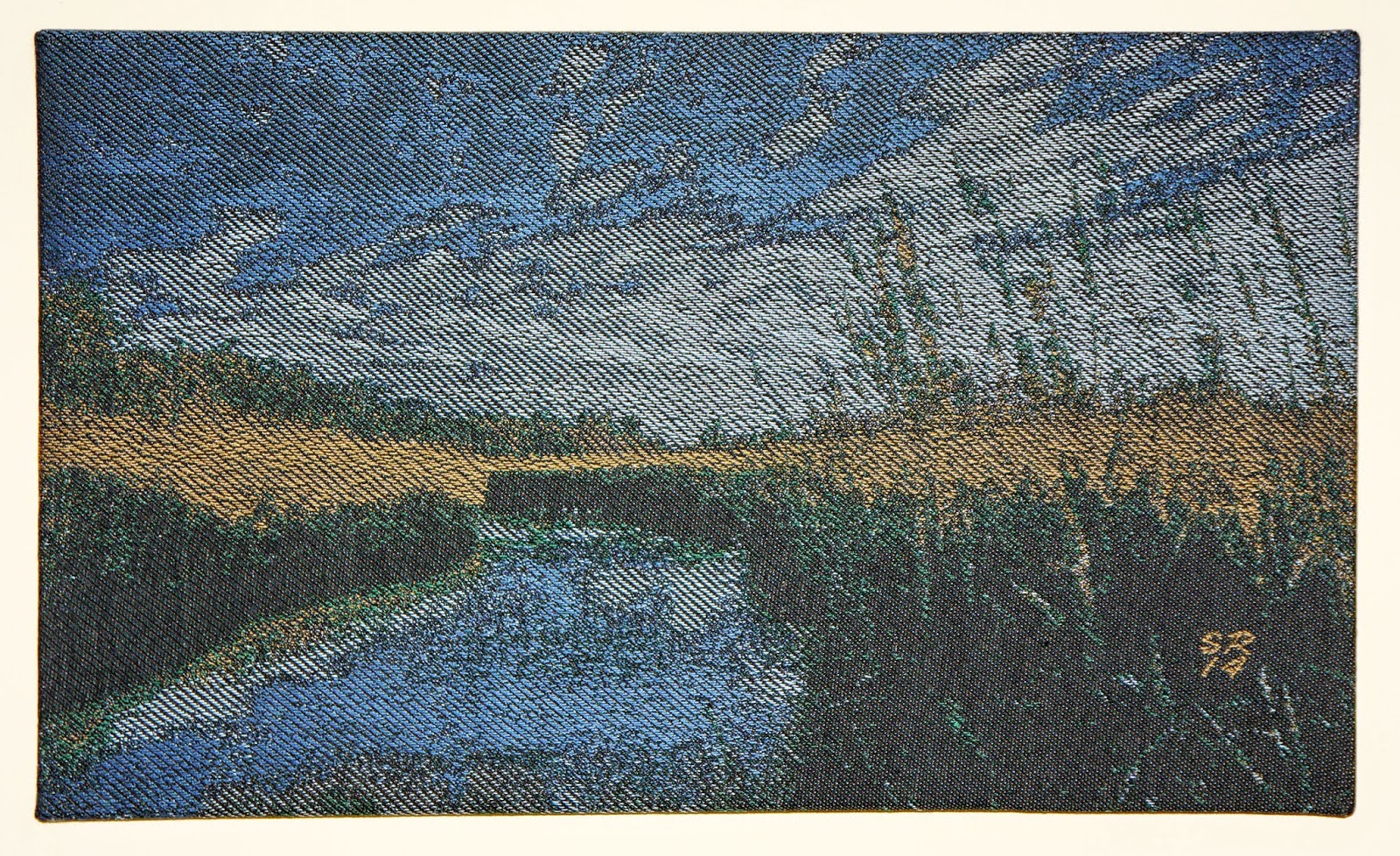 If the piece had been accepted into the show, I wouldn't be able to show it to you - the museum wants to be the first place work is exhibited. However, I was just notified that the piece was not accepted, so here's a link to a video showing how it works.

[UPDATE: the video has been removed from Dropbox since the piece was accepted after all.]

We had a lot of fun working out the overall design, and DH spent many happy hours researching the frequency, duration, and interval between flashes in various species of firefly. That, and getting familiar with the Arduino environment for hardware and software development. Sometimes the guy needs tech projects to keep in the swing of things.

There are audio speakers and an amplifier imbedded in the frame, along with a little CPU and lots of wiring to LEDs mounted on the face of the weaving. The jar you see in the video is a vehicle for mounting the motion detector (which decides if there's anybody in the room) and the proximity sensor (which decides when you've gotten too close). Those sensors can't be hidden inside the frame, because they can't "see" through cloth. DH put some extra LEDs in the jar, so it seems as if you've just been out in the meadow with your butterfly net catching fireflies.

By the way, although we have fireflies on the West Coast, they aren't bioluminescent, so you would only be familiar with their magic if you live in the Midwest, East, or South. I'm not sure about other continents...

That's so innovative, Sandra, truly hi tech, hi touch, and a beautiful weaving to boot. It's that show's loos, but you'll probably find a better venue for the piece.

What fun! Years ago I worked on putting wireless into clothing so I have some experience of the miniaturisation needed. It sounds like a marriage made in heaven of craft and technology. I wonder why the gallery turned it down- too technical?.

One way to keep curious hands away from the artwork! A pity it wasn't accepted. Beautifully designed & executed. The piece works really well without the electronics, too.