The table runner warp is somewhat farther along in its progress. The warp has been lashed onto the apron rod, and I've woven a test strip to debug the threading and sleying. During that process I found 2 sleying errors, in which 2 warp ends didn't get sleyed at all, so I now have two dents that have 5 ends per dent instead of 4 ends per. Oh well, what a tragedy. I can't see any difference at this point, so I suspect it'll all come out in the wash... 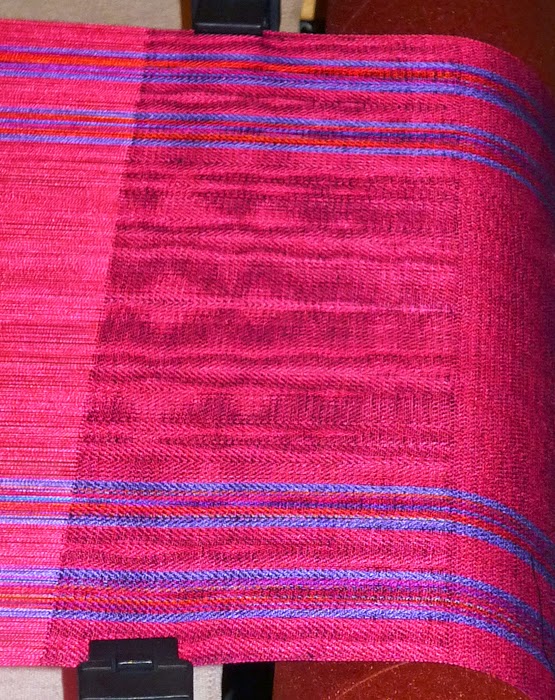 The weft here is a very fine (50/2?) navy blue mercerized cotton, and the treadling is the same as the fourth runner on the previous table runner warp (it's the one on the right in the top photo, and a closeup is in the last photo).

I took some photos of the studio as it appeared at the beginning of Open Studios, but they were all out of focus. I'll try harder tomorrow!

I did that on my last warp - 5 ends in one dent and 3 in the one next to it. It's just a tea towel. No one but me (or another weaver if they look really hard!) will know. Kind of goes along with the threading'variation' in *this* warp!